Necessity as the mother of invention is on display every day with Tasmanian food producers. Over the coming months we’ll tell many stories about their creativity not just in their food but in making a living! The necessity is clear – living on an island at the edge of the world – with long distances and high transport costs – really eliminates commodity agriculture as viable way to earn an income. So even if you wanted to be that kind of farmer, and there’s plenty of other reasons not to, you can’t really do it anyway because to overcome the challenge of distance you have to have a niche that stands you out from the crowd and preferably a way to add extra value to your crop.

So Gerard, the beef farmer in the next valley to us, went organic but even that wasn’t enough so now he’s making pies with his beef. And they’re pies that abound with the same love and enthusiasm Gerard has for his cows! The now well established Bruny Island Cheese Company is another one we’ll talk about. Nick Haddow’s great operation now sends their extraordinary cheeses all over Australia, maintaining the direct connection he wanted with his customers. 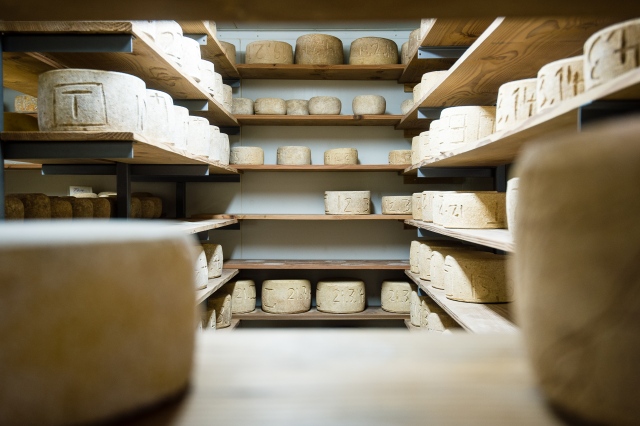 One of our favourites of course is Willie Smith’s Cider and The Apple Shed. We say “of course” because one of us, Asher, is the head chef there – so you’ll be hearing a lot about The Apple Shed and his food! But it’s also a favourite because the Smith family is such a great story of innovation, driven by passion, built on necessity. The family apple business got going in 1888, then when commodity apple farming went bad, they went organic which was very successful but recognising the need to add more value have now moved as well into producing outstanding cider and built a great bar and food place – The Apple Shed. They are pursuing their vision of putting the apples back into the apple isle – but in a way that makes sense as the world evolves.

An organic beef pie made with love, washed down with organic cider from Willie Smith and finished off with some of Nick’s very special Bruny Island Cheeses, all while sitting around the fire at The Apple Shed. It’s a tough life…

One response to Necessity, the mother of creative invention